Damn it, I sped too fast! It kind of broke the flow, how did I end up in Paris straight from Amsterdam, but I was too excited and I had to write about Paris before I forget. But well, I am going to delete it and add it again, when the time is right.

Douai is a small town, next to Lille and Paris, with this grand ecole, or school, Mines Douai, which would be my home for the next 4 months. As of this moment, I’ve been here for 9 days, been introduced to a new culture and a new schooling system that doesn’t focus entirely on grades. I really like the idea of it, but let’s see how it fares. Since I’ve got here, there has been a party every night, and an after party after every party every night on one of the residence floors, which makes two things very clear : People here like to party hard, and they love their booze! Douai even has it’s own signature beer, called the Goudale!

Even though I don’t drink, and have never had the energy to stay for the after party, I think these parties are really amazing, because they help you meet new people, to mix in!

Another really amazing thing is the presence of other foreigners. I’ve met people from all over the world now! And, just like me, they are learning French. This epic realisation occurred when I was talking to a Chinese girl, with French being the only common language between us. It gives you a lot of power, to be able to talk to people like that, who don’t know your language even remotely! We were two foreigners talking in a foreign language. That sounds perfect.

Another peculiar thing I learnt is, there are 3 kingdoms in China, and their languages are slightly different. These dialects are so different that they don’t understand each other sometimes! ( when from different regions, ofcourse! )

This makes me realise, that I haven’t talked to the Brazillians much. I don’t know much about them 😮 . I should get on it, soon!

Oh, and I ought to mention, I’m not alone here. There are 4 other kids with me from India, from IIT itself. It’s nice to be able to talk in Hindi once in a while, oh and very helpful when it comes to understanding shiz in French!

The French speak fast. It takes a lot of mental prowess to comprehend what they are trying to say. But in the end, I believe I’d get used to it. I really love the fact that I’ve been learning for only one month, and I love to flaunt it! Why? Because it’s just been one month and I can say that in French! B) haha, this builds a lot of confidence. I can learn any language. Also, it has been a great relaxant. I’ve been coding and studying mathematics since a long time, and the past summer vacation, I turned down all internship opportunities because I just couldn’t do it anymore. I wanted to take a break. Stimulate my brain with something else. I think this has proven to be the best way to do so! Thanks Bade Bhaiya for the advice! 😉 that reminds me, it’s teachers day, I should wish him!

To another 4 eventful months in Douai! 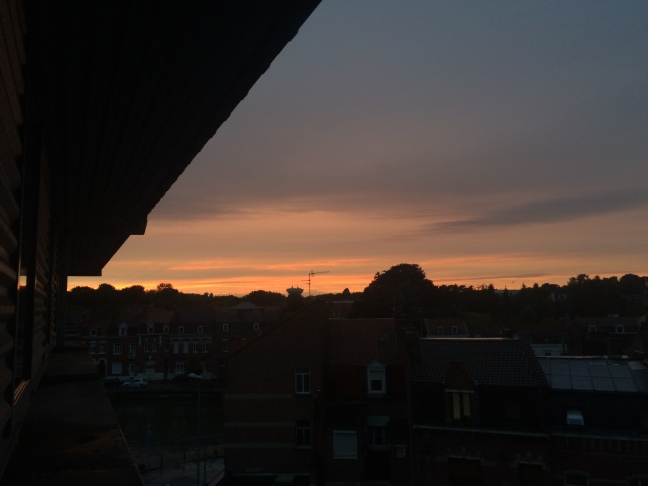