Reaching Paris at 6:45 AM, 15 minutes earlier than the scheduled time ( Kudos, MegaBus! ) we were greeted by a deserted town. Too early for the working people to be out, save a few fitness freaks and too late for the drunken to be wandering the streets. However, the best time to catch the Arc de Triomph, sans all the traffic it is subjected to during any normal day! I am proud of this picture : 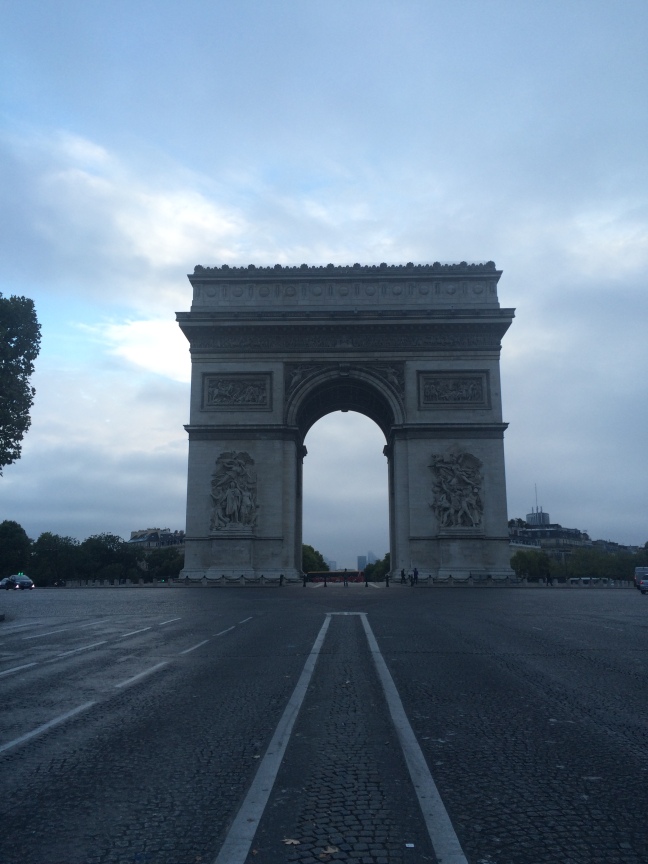 Oh, another thing : Paris is not Barcelona. It isn’t cool to arrive in Paris wearing shorts and a shirt! ( Beach mode, remember? ) Haha, desperately searching for a public free toilet to change into warmer clothes,  we found one after a 10 minutes walk, followed by an interesting maneuver : To change my shorts without letting my bare feet touch the ground. They claimed it was cleaned after every use, but I wasn’t taking any chances. Because of all this “automated cleaning”, it becomes really slow for 5 people to use it turn by turn, and we ended up spending 35 minutes waiting for everyone to finish.

We continued towards the Eiffel Tower, after all if you are coming to Paris, you have to visit it once and probably get disappointed by how small it is. ( Reaction of atleast 2 out of 5 people in our group: “Mere ghar ke peeche waala TV tower isse badha hai”. Translation : The TV tower behind my house is taller). I was interested in what was happening next to it.

Sunday morning, half marathon! The number of people here was just incredulous! I sat down on the bridge just watching people run by! I saw a group of girls dressed as vikings, and another group as storm troopers! Talk about running in style.

Formerly, we had decided that we would go up Eiffel Tower, but seeing that it wasn’t free for us, and it wasn’t really that tall, we decided to skip it! ( Kick ass reasoning :  On top of Arc de Triomph, we got our photo clicked with Eiffel Tower, now, on top of this, same view, with the Arc de Triomph. What’s the point? ) Hehe. By this time, we had all become really hungry, and began our search for the next Subway, which was pretty far away. To make things worse, it started raining and I didn’t have my umbrella. Just as we got into Subway, the rain got worse, pouring heavily, and we stayed in for about 2-3 hours till it subsided.( Free Wi-Fi, no complains! ). After this, we parted ways : I wanted to go to the Louvre, as that was the only thing missing, while the others wanted to take a bigger round to cover the Cathedral of Notre Dame, which I had experienced completely already. I had made plans with Dorothy to meet her at Louvre in an hour.

Now, just as I left, I felt this very sudden urge to pee. Haha, it’s like I wasn’t paying attention to it earlier. Well, with no toilet in sight, I ventured on till I reached Invalides and I just happened to glance at the ticket rates. 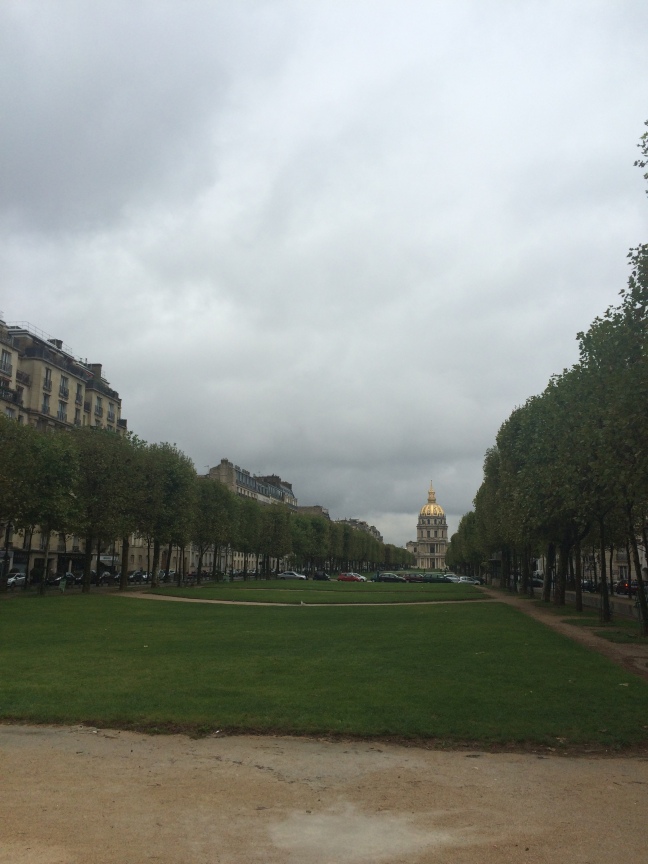 Free for me! It’s a really big place, and so I figured there must be a toilet inside. So, I went in, showed my visa, got the free ticket and entered into a very awesome war museum. The toilets were right there after the first gallery, and I got to relieve myself, finally. Ah, what a relief! The gallery was really interesting, with real armour and weapons used in the wars! I found it so interesting, that I actually went through the entire museum ( much quickly though! As I had a r.d.v. with Dorothy! ) They said it would take me 2.5 hours, but I did it in one hour. In fact, Napoleons tomb is also present here! Just right beneath the golden dome.

Out, and to the Louvre! I called Dorothy, but her phone is a fucktard. She couldn’t call me and I couldn’t call her. I didn’t get to contact her, so I went and stood in the line on my own, which starts right at the characteristic pyramid! 30 minutes hence, I was inside the Louvre, admiring it’s sheer enormity! So, the first thing that struck me to be different from Rijks was this: I can’t do this in one day. Let alone 3 hours.

The amount of paintings and sculptures inside is insane! I think there are 3 floors and a basement, and I only got to explore one floor. I made a detour to see Mona Lisa on the 2nd floor, but that doesn’t count. Mona Lisa. Aphrodite. Original Egyptian Sacrophagus and Heiroglyphics! I had just heard about them, but I got to saw the real deal! Ah, so amazing! Definitely going there again soon. There’s too much to discover! 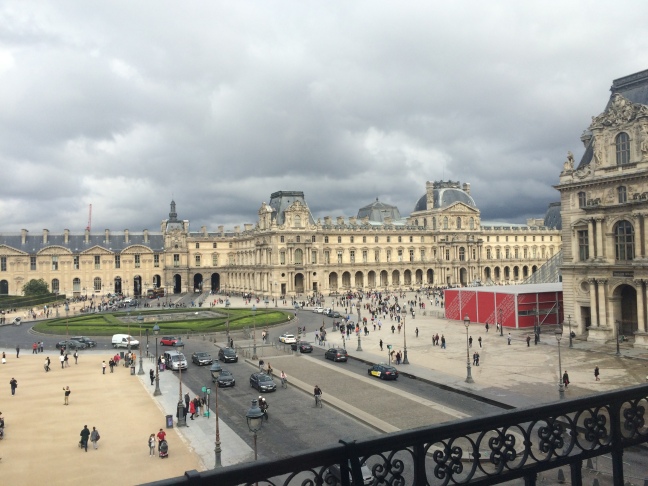 However, if you’re paying to go in, it might make sense to download the museum app beforehand, and decided what all you want to see, and then go see it! I was in this gallery, while all that you see is the Louvre. 3 main sections, truly grand!

It closes at 6 P.M, and I got out about 5:30 PM. At the exit, there’s free Wi-Fi! That’s when I got to see Dorothy’s message, that she was here the whole time. Haha, damn. Met her for 10 minutes,<skips writing about the awkward part> then had to bid goodbye to catch my train back to Douai!